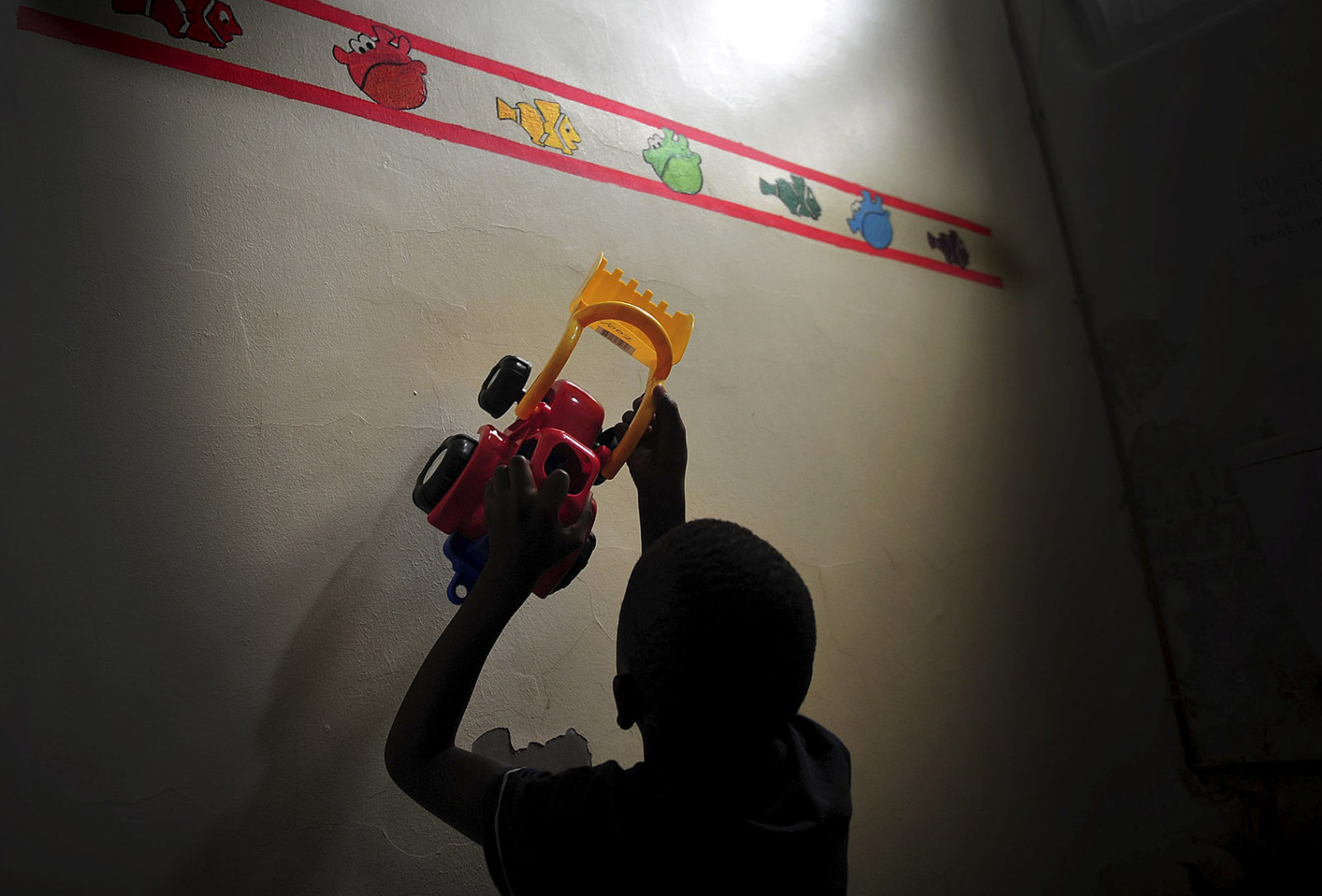 In our time of crisis, if we want to avoid a significant loss in human capital potential in South Africa, we have to prioritise and protect our youngest children. If South Africa had a Covid-19 report card, we would have failed spectacularly on this subject.

Children under 6 make up 12% of South Africa’s population. In other words, one in eight people in South Africa is under the age of 6. Even before SA was catapulted into the socio-economic devastation of Covid-19, our youngest citizens were among our poorest. According to data from the 2018 General Household Survey, more than four million children aged 0 to 6 years (60%) were living in households with an income of less than R38 per person per day.

Because young children are disproportionately represented in our poorest households, it stands to reason that anything that threatens low-income families will have a disproportionate effect on preschool-aged children.

And Covid-19 has done exactly that.

The just-released NIDS-CRAM “Wave Two” survey shows that the percentage decline in employment between February and June 2020 was ten-times higher for the poorest 50% of workers (31% net decline) compared to the richest 25% (3% net decline). In short, poor households have become even poorer.

Because the first six years of life is an incredibly sensitive period for brain development, deprivation during this time has profound and potentially long term consequences. Less access to nutritious food, basic health care and early learning opportunities mean higher rates of physical and cognitive stunting.

We know that children who face deprivation in the early years typically start formal schooling at a distinct disadvantage, without the critical building blocks in place for early literacy, numeracy and executive functioning. This learning loss is very difficult to “catch up” in later school years, especially in poor-performing schools and overcrowded classrooms with little or no capacity for remedial support.

So, in our time of crisis, if we want to avoid a significant loss in human capital potential in South Africa, we have to prioritise and protect our youngest children. If South Africa had a Covid-19 report card, we would have failed spectacularly on this subject.

Our deeply inadequate response to the impact of Covid-19 on young children has called into question our commitment to the rights of children that are enshrined in Section 28 of our Constitution. The past six months have laid bare the profound fragility of our Early Childhood Development (ECD) sector and, in the absence of immediate and significant government attention, there is little hope of recovery.

Let’s take a look at the events of the past six months, to see how we got here.

In an effort to curb the spread of the coronavirus, the government developed regulations which gave a directive for all ECD services, including preschools, crèches and playgroups to close on 18 March. While communication on the prescribed closure was unequivocal and largely uncontested, there was much confusion about when and how ECD sites could re-open, and frustration at the Department of Social Development’s (DSD) poor leadership during a time of unprecedented crisis.

Eventually, on 6 July, the Gauteng High Court ruled that ECD services could reopen as long as they met health and safety requirements. These requirements, along with standard operating procedures (SOPs), were detailed in a lengthy document gazetted by the Minister of Social Development on 10 July. While the directions were initially welcomed, it quickly became clear that – in the absence of government relief – the cost and complexity of compliance was prohibitive for the majority of ECD operators.

The devastating reality is that early learning for preschool-aged children in South Africa has pretty much ground to a halt.

Data from the second wave of the NIDS-CRAM telephonic survey show a massive decline in ECD attendance. According to the General Household Survey (GHS 2018) approximately 47% of children aged 0–6 attended an ECD facility in 2018. The comparable figure in July/August this year (NIDS-CRAM Wave 2) is just 13%. ECD attendance rates are now the lowest they have been in 18 years, eroding the considerable gains that have been made in improving access to early learning opportunities over the past two decades.

NIDS-CRAM survey respondents noted supply-side factors as the primary reason for low levels of ECD attendance, including the temporary and permanent closure of ECD programmes. According to a survey done by a consortium of concerned organisations two months after the high court ruling allowing ECD services to resume, almost 70% of ECD sites remain closed. The main reasons given by ECD sites for not having reopened are financial – the inability to afford the equipment needed for the DSD SOPs or to cover salaries and other costs.

The implications of this extended closure for children, their carers and the ECD workforce are devastating.

Most young children in South Africa have missed out on six months of early learning programmes in 2020, and many may not return for several months more. Apart from the significant learning loss that is likely from this period of non-attendance, young children are also missing out on the meals that are typically provided at ECD sites. Unlike education and health care, preschool services are not financed or operated by the state. ECD operators are largely NPOs and micro-social enterprises. They rely predominantly on parent fees and, for some, a small government subsidy, to cover salaries (usually way below the minimum wage).

In a rapid survey of 8,500 ECD providers in April 2020, 99% of operators reported that caregivers had stopped paying school fees owing to the lockdown. Despite commitments to the contrary, the DSD also stopped the payment of ECD subsidies in several provinces. As a result of loss of income, 20,000–30,000 ECD operators run the risk of closure, tens of thousands of mostly black women employed in the ECD sector have been furloughed over this period and as many as 175,000 women could lose their jobs.

Most of the ECD workforce in poor and vulnerable communities are not registered with the Unemployment Insurance Fund, making them ineligible for broader income protection programmes, such as the Temporary Employment Relief Scheme. This makes it very difficult for the ECD workforce to withstand or rebound from the economic consequences of the lockdown.

The impact of ECD systems failure on women’s income and employment is not limited to job losses in the ECD workforce. The caregivers of children attending these programmes are reliant on ECD providers for childcare so they can go out and participate in income-earning opportunities. Children of working parents who would normally attend an ECD centre are now being cared for at home – women are bearing the brunt of additional childcare responsibilities due to ECD closures.

In the NIDS-CRAM survey, more than twice the number of women than men (roughly 3.4 million women versus 1.7 million men) said that looking after children in June prevented them from going to work or made work very difficult. Similar numbers reported difficulty working the same hours as before lockdown or searching for work as a result of childcare responsibilities.

It makes no sense that the ECD sector – an informal sector, employing predominantly women and providing a critical service to a particularly vulnerable segment of our population – has been largely ignored in government relief efforts. This has infuriated many.

In a statement issued in mid-August, Minister Lindiwe Zulu added fuel to the fire when she stated that R1.3-billion out of the economic stimulus package would be allocated to short-term job creation for 36,000 youth compliance monitors who would be employed to collect data and monitor compliance of ECD programmes (South African Government 2020).

This announcement was met with understandable consternation and led to a national protest by thousands of ECD practitioners demanding that the R1.3-billion be used instead to support the reopening of the sector. An amended proposal was submitted to the National Treasury at the end of August for the allocation of the R1.3-billion to an ECD stimulus package to enable ECD operators to provide their staff with a basic stipend that would allow them to revive their services.

As of 30 September, no final decision has been made on this matter.

It is difficult to comprehend the long-term implications of a decimated ECD sector for South Africa. While wealthier parents may be able to afford to send their children back to pricey preschools, ECD services for the poorest will remain closed or compromised. Without access to structured, early learning programmes, poor children will start school without the necessary learning foundations in place, changing their education trajectory and ultimately exacerbating inequalities.

So, how do we dig ourselves out of this hole?

Well, we need immediate relief for the ECD sector, and a shift in emphasis from compliance monitoring to active and urgent support. This support needs to include:

Anything less than this is a violation of our constitutional commitment to children. DM/MC

Sonja Giese is the executive director of Innovation Edge.

Archives
Recent Posts
Discover how to prevent and protect yourself from the COVID-19 pandemic here.